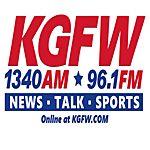 The Nebraska mens and womens basketball teams suffered losses on the road over the weekend. The Husker men fell at Northwestern Saturday 62-57, the women were edged by Rutgers yesterday 69-65. The Husker men are at Ohio State tomorrow night, the women will host nationally ranked Maryland Thursday.

Secondary coach Travis Fisher has received a $125,000 pay raise after being offered a job at Ole Miss, and running backs coach Ryan Held received a salary increase of $100,000.

In Loper action: The UNK basketball teams picked up wins over Northeastern State Saturday in Tahlequah. The men topped the Riverhawks 83-79, the women by a score of 69-46. The Loper men and women will host Washburn and Emporia State this weekend. The 4th ranked UNK wrestlers finished in 4th place at the National Duals in Kentucky. The Lopers open MIAA action at Central Missouri Thursday.

The Tri-City Storm saw their five game winning streak come to an end over the weekend, dropping a pair of games to Waterloo at the Viaero Center. The Storm will face the Blackhawks again tomorrow night in Iowa.

– Up Next – Friday vs. Lincoln Northeast
Saturday @ Millard West

– Up Next – Saturday @ Gibbon Invitational