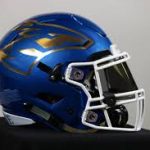 A bill that would allow college athletes to profit from their names, images and likenesses has been introduced in the Nebraska legislature. California lawmakers approved similar legislation last year, despite objections from the NCAA. The bill (LB962) was introduced by Omaha senator Megan Hunt. Her bill, which has 11 co-sponsors, would prohibit colleges and universities from making rules to prevent student-athletes from profiting from their name or likeness. It also precludes the NCAA or other collegiate athletic associations from penalizing individual student-athletes or participating institutions because a player had a moneymaking deal.

Reducing Memorial Stadium’s seating capacity might be on the table as the University weighs it’s options for revamping the south side of the facility. The east, west and north parts of the stadium have undergone extensive renovations that have boosted seating capacity over the last 20 years. The south side has remained relatively unchanged since 1972. It’s also the only part of the stadium without luxury suites and club sections. Memorial Stadium, which will celebrate its centennial in 2023, has an official seating capacity of 85,458. Plans for a $155 million athletics training facility that will tie into the north side of Memorial Stadium and open in time for the 2022 season were announced last fall.

Athlon thinks the Huskers will finish fourth in the Big Ten West in 2020. The magazine has Wisconsin winning the West Division title, followed by Minnesota and Iowa. Big Ten Champion, Ohio State, is their pick to win the East Division. Visit www.HUSKERMAX.com for more.

The Tri-City Storm will try to snap a two game losing streak tonight with a game against the Waterloo Blackhawks in Iowa. The puck is set to drop at 7:05. They continue on the road this weekend with a pair of games against the Youngstown Phantoms in Ohio.

UNK defeated the Louisville Cardinals to claim the Helmet Bowl III National Championship. The Lopers are the first Division II winner of the award. They defeated the Cardinals handily, claiming the title with 67-percent of the vote.