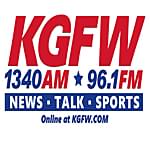 Hastings, Neb – A Hastings police officer has been arrested. The incident occurred on Monday night as the Hastings Police Department was called to a residence of a fellow officer. Cody Bland, who has been with the force for five years, was taken into custody on charges of domestic assault. Reports show that Bland had an argument with the victim.

He is currently being held in Buffalo county jail. Melodie Bellamy of the Kearney County Attorneys office is the special prosecutor who has been named in the investigation.