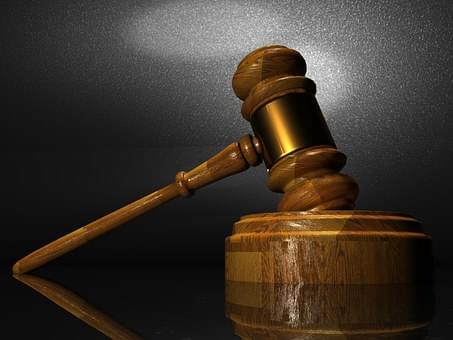 Lincoln, Neb (KGFW) – President Donald Trump has, so far, had a presidency filled with battles.  And it seems his administration is now fighting one here in Nebraska.

As Recently as Monday, news came out that Steven Grasz, President Trumps nomination to fill a vacant spot on the 8th Circuit court of appeals was rejected by the American Bar Association. The position is in the same court that now US Supreme Court Judge Neil Gorsuch came from.

Grasz has a long history in Nebraska as a litigator, having served as the state’s chief deputy attorney general as well as serving as legal counsel for Governor Pete Ricketts, Omaha Mayor Jean Stothert and Nebraskans for the Death Penalty.

Grasz received the nomination from the President after both senators Fischer and Sasse gave their recommendations in his favor.

Upon hearing the news, Senator Ben Sasse was taken aback at the ABA’s decision:

“It’s sad that the ABA would contort their ratings process to try to tarnish Steve’s professional reputation in order to drive what is clearly a political agenda on this issue of life. In more than a decade as the Chief deputy attorney general whether it was litigating cases before the US supreme court in Washington on behalf of the state of Nebraska, or whether it was before the Nebraska Supreme court in Lincoln. Republicans and Democrats alike knew that Steve represented Nebraska with integrity and professionalism. He is Nebraskan through and through, and Steve knows that under our constitution judges don’t write laws but rule fairly on the facts of each case before them.”

In their decision, the American bar Association pointed to instances where Grasz was considered gratuitously rude and the ABA was worried about retaliation. They also specifically pointed at Grasz’s pro-life agenda saying that it could potentially cloud his objectivity. The ABA has said in their judgment that Grasz is not qualified for the position after they questioned his ability to set aside ideological convictions to decide cases fairly.

Could this be another instance of the constant in-fighting that has consumed Washington? Or is this the system our forefathers built working as intended?