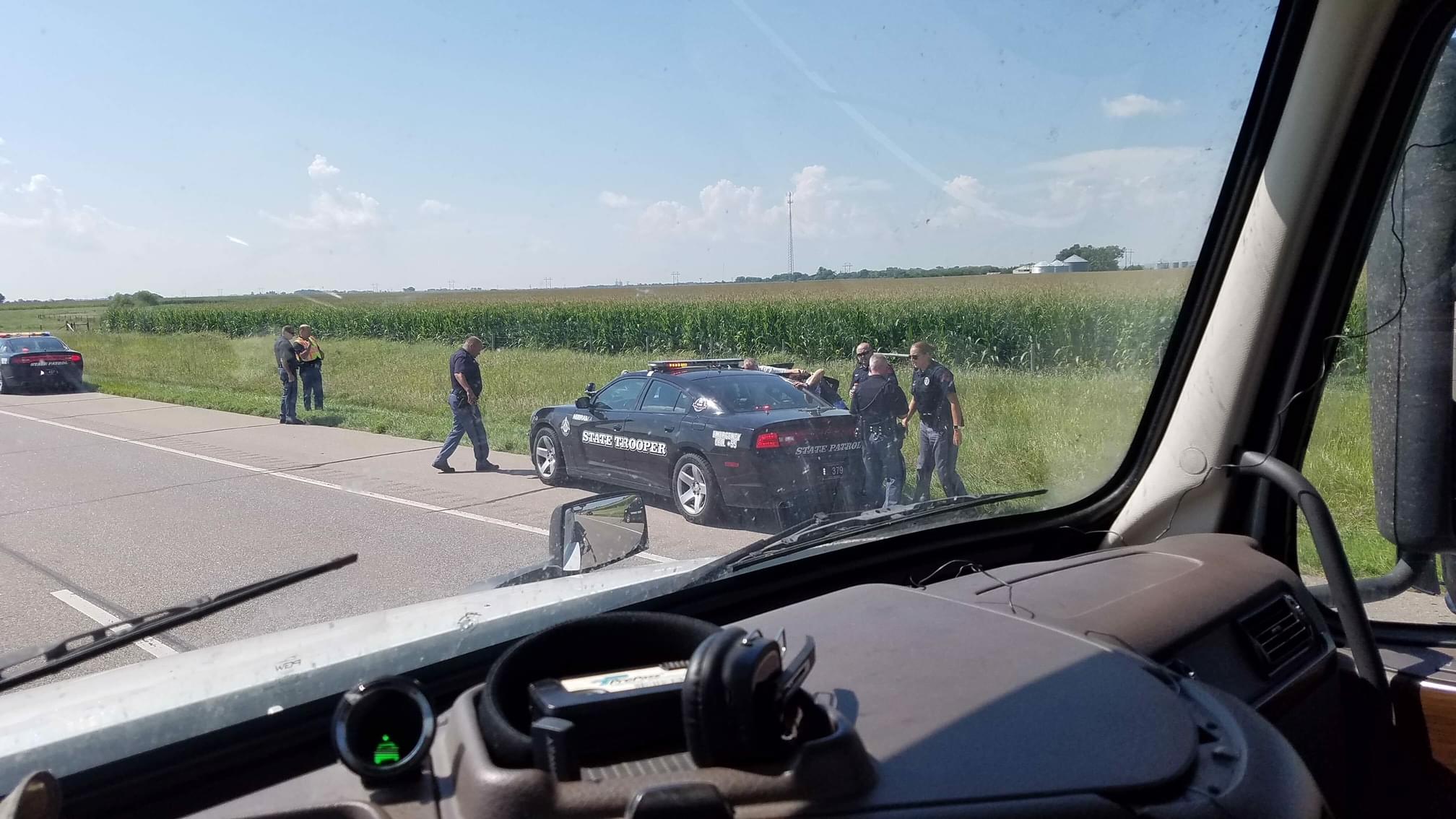 The incident began at approximately 3:30 p.m. when an NSP Investigator responded to a crash on I-80 near mile marker 284. The crash occurred when a blue Pontiac G6 ran into the rear of a semi.

Troopers in marked NSP units arrived on the scene to assist with the crash and also pursued the stolen vehicle. The driver continued at a high rate of speed and refused to stop. Spike strips were utilized multiple times on the vehicle during the pursuit.

The vehicle came to a stop in the north ditch near mile marker 253 and the female driver was taken into custody.

Toni White, 24, of Chariton, Iowa, was transported to the hospital to be checked for potential injuries. When released, she will be arrested for motor vehicle theft, felony flight to avoid arrest, and driving under the influence of drugs.

Other charges may be added pending results of the initial crash investigation.