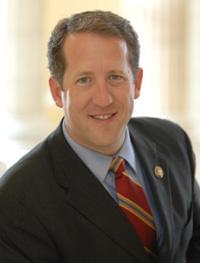 WASHINGTON, D.C. – In a recent discussion with U.S. Congressman Adrian Smith, he spoke on President Donald Trump and Supreme Court Justice Brett Kavanaugh. He has been impressed with the impact that Trump has made for the economy.

So I appreciate the fact that he is promoting that and hopefully moving forward soon on opening up the opportunities for E-15. Agriculture in general, reducing regulations, I think that is very important.”

Smith is an advocate for agriculture and has spoken with the President on multiple occasions about the topic.

“I’ve been to the White House and expressed my concerns of how we have really grown agriculture exports through open trade over the last several years. Again even before I got to Washington, U.S. agriculture is so productive and so efficient that we want to be able to have the opportunity to sell our products around the world. So I certainly reminded the President of that whether it was renegotiation of NAFTA or other trade policies that we are seeing right now.”

Smith also approves of Judge Kavanaugh, who was confirmed to the Supreme Court by the Senate on Saturday.

“Certainly I think Judge Kavanaugh is highly qualified. Of course he’s been a judge now for several years and has a very good record. With the Senate I know that they have conducted very diligent hearings and now they’re even going farther than other Supreme Court nomination processes have been in the past.”

The future is bright for the country and Smith is encouraging more members of the public to get involved with the improving economy.

“The overall situation our country is in right now with a growing economy with over four percent economic growth. That is strong and that I think creates more opportunity for more Americans and that’s why I’ve introduced legislation also to help bring folks off the sidelines of our economy so that they too can experience the benefits of a growing economy and we have way too many people on the sidelines right now and we want them to engage in the economy for a brighter future.”