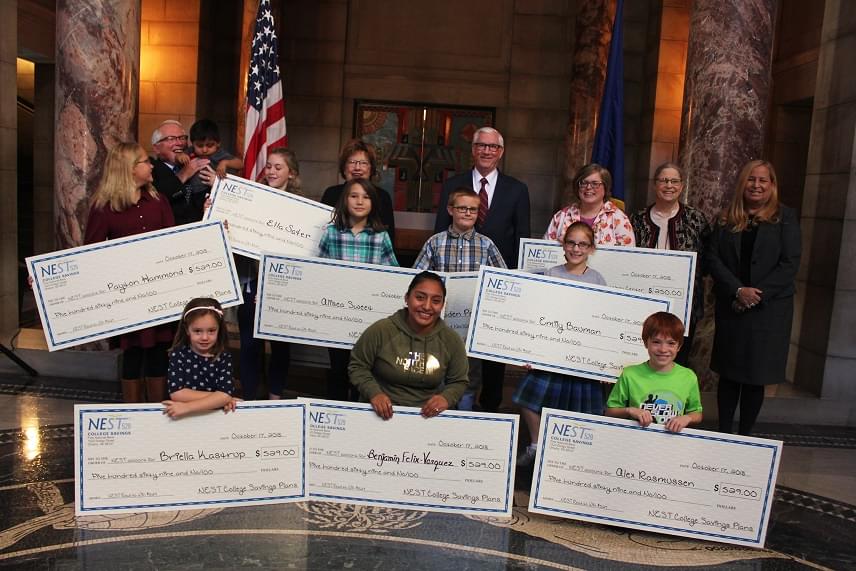 First National Bank of Omaha and Nebraska State Treasurer Don Stenberg today announced the 2018 NEST Read to Win $529 Drawing winners at a ceremony in the Capitol Rotunda. Each of the 15 winners received a $529 contribution to a NEST 529 College Savings account. The library of each winning reader also received a $250 donation.

The NEST Read to Win Drawing was open to young readers between ages 3 and 18 from May to August in participating public libraries throughout Nebraska. Winners were selected at random in each of Nebraska’s three congressional districts.

This year’s winners and their affiliated libraries are: