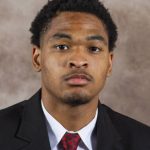 The Nebraska men’s basketball program will travel to the Caribbean this fall for the 3rd-annual Cayman Islands Classic. The three-day, eight-team tournament takes place from Nov. 25-27. The 2019 field includes Colorado State, George Mason, Loyola-Chicago, New Mexico State, Old Dominion, USF and Washington State. Each team will play three games over three days. Five of the eight teams reached postseason play a year ago. The remainder of the Huskers’ non-conference schedule will be released this summer.

Nebraska senior guard James Palmer Jr. will have another opportunity to showcase his skills in front of NBA teams, as he was selected to the first-ever NBA G League Elite Camp in Chicago next week. The event runs from May 13-14, and gives the top-40 players not originally selected for the NBA Combine an opportunity to qualify for that event. The NBA Draft Combine will be held May 14-19 in Chicago.