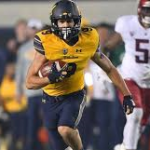 The Nebraska baseball team took down Arizona State in the series rubber match, 8-5, at Hawks Field on Sunday afternoon. Senior righty Reece Eddins earned his team-high sixth win of the season as he went 6.0 innings and allowed three runs, while recording three strikeouts. The Huskers wrap up the regular season this week when they host Michigan in a three-game series that begins Thursday.

In Husker football news; Wide receiver Kanawai Noa of Cal announces he’s joining the Huskers as a graduate transfer. The former three-star recruit is a native of Hawaii and caught 94 catches for 1,224 yards and six touchdowns for the Golden Bears from 2016 to 2018. Visit www.HUSKERMAX.com for more.