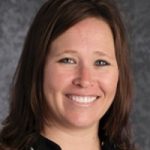 Barbara Wegner has been Selected as Interim Head Softball Coach for the Kearney High Bearcats for the 2019 Season. Coach Wegner was the head coach at Grand Island Senior High for 6 years and led the Islanders to their first State Tournament appearance in the history of the program. Wegner, who will be entering her 10th year as an educator for Kearney Public Schools, replaces Bryan Sheppard who led the Bearcats last season.