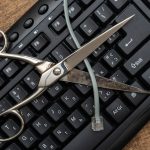 LINCOLN, Neb. (AP) – Federal prosecutors in Nebraska have accused the CEO of two companies of hacking into a computer account of a business competitor.

U.S. District Court records say 28-year-old Jonathan Manzi has pleaded not guilty to four counts of unlawful intrusion. The records say that on July 1, 2017, and again July 2, 2017, Manzi accessed an individual’s email account and a Dropbox account for Wepa Inc., a competitor, both for the purpose of commercial advantage and private financial gain.

The Lincoln Journal Star reports that Manzi is the CEO for Ink Labs Inc., which makes printing kiosks primarily used at universities, and at Beyond Protocol, a tech company. Wepa took over cloud-based printing services at the University of Nebraska-Lincoln last year after a contract with Ink Labs was not renewed.