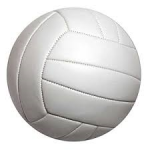 The Nebraska men’s basketball team defeated South Florida 74-67 in the Huskers’ final game Wednesday at the Cayman Islands Classic. Now 4-3, the men travel to Atlanta to
face Georgia Tech this Wednesday. Tipoff set for 6:15 p.m. The men then enjoy a break until Friday the 13th when they travel to Indiana for their Big Ten conference opener.

The 25-4 Husker Volleyball team closed out the regular season with a pair of wins over the weekend – sweeping Maryland Friday and Ohio State Saturday at the Devaney Center.
The NCAA tournament begins Friday. The Huskers will face Ball State at the D evaney Center. First serve set for 7 p.m. The early game features Northern Iowa vs. Missouri at
4:30 p.m.

UNK Volleyball will again host the NCAA regional tournament December 5-7. The #1 seed and 2nd ranked Lopers face #8 Oklahoma Baptist in the opening round. First serve set
for 7:30 at the Health and Sports Center.

The Tri-City Storm split a pair at Lincoln over the weekend. The Storm will host Fargo Dec. 6 and 7 at the Viaero Center in Kearney. Puck drops at 7:05 p.m. both nights.

Nebraska football’s season has come to an end after a disappointing last second loss at home to Iowa 24-27 via field goal. The Huskers posted a 5-7 record in year two under
coach Scott Frost.