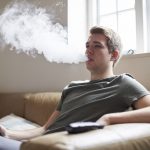 Authorities across the country have seized at least a half-million marijuana vape cartridges and arrested more than 120 people in the last two years. That’s according to an Associated Press tally derived from interviews, court records, news accounts and official releases.

Vaping has gained ground in the last few years among marijuana users as a discreet alternative to smoking the drug.