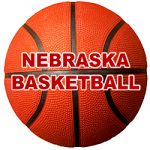 Wisconsin used a record-breaking performance from beyond the 3-point line to pull away for an 82-68 win over the Husker men last night in Madison. The Badgers were 18-of-34 from the 3-point line, shooting 53 percent from beyond the arc. The 18 3-pointers were a Wisconsin record and were also the most 3-pointers Nebraska has ever allowed. Wisconsin, which entered the game averaging only six 3-pointers per game in Big Ten play, hit 10 threes in the second half alone, to break open what was a one-point game at the half. The Huskers travel to New Jersey Saturday to take on the Rutgers Scarlet Knights for the second time this season. Saturday’s tipoff is set for 1:00.

The Husker women are back in action tonight when they host Purdue, tipoff will be at 7:00.

You can find links to these stories, and more, at huskermax.com.