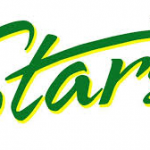 The Nebraska women’s basketball team will be looking for a second straight Big Ten road win tonight with a game at Minnesota. The Husker women fought back from a 10-point fourth-quarter deficit to rally past Wisconsin, 72-71, last Saturday in Madison. With their first conference road win of the season they improved to 15-5, and 5-4 in the Big Ten. Minnesota is just 1-6 in their last seven games. Four of those losses came in one possession games, including a one-point loss to No. 18 Iowa, a two-point loss to No. 23 Northwestern, a three-point loss to Ohio State and a three-point loss at Illinois. This will be their second meeting this season, as the Huskers topped the then 24th ranked Gophers, 72-58, in Lincoln on January 4th. Tipoff is set for tonight at 7:00.

In Husker football news; Defensive lineman RJ Sorensen from Florida has announced his decommitment from the Huskers’ recruiting class of 2021.