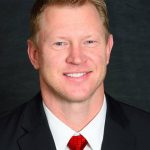 It was a quiet National Letter of Intent signing day for the Nebraska football team yesterday. The Huskers added 42 student-athletes to the 2020 roster during the December early signing period, including 23 scholarship signees. Nine are four-star recruits as rated by 247Sports Composite rankings. Nebraska did officially add three preferred walk-ons Wednesday morning. The program announced the additions of Millard South running back Isaiah Harris, Oklahoma kicking specialist Tyler Crawford and Texas athlete Beau Psencik to a walk-on class that now numbers 22. Harris is one of 18 in-state walk-ons for the Huskers 2020 recruiting class.

UNK head football coach Josh Lynn announced the names of 42 players (seven transfers and 35 high school seniors) who will play for the Lopers this fall. The list includes 19 Nebraska natives.
Spring workouts for the Lopers are set to begin on Tuesday, March 10th.

The Nebraska women’s basketball team hits the road tonight for a Big Ten showdown at 20th ranked Iowa. The Hawkeyes are tied with Northwesten for first place in the Big Ten standings. That despite suffering their second Big Ten loss of the season at Michigan on Sunday afternoon in Ann Arbor. The loss to the Wolverines snapped Iowa’s nine-game winning streak that stretched back to the opening game of Big Ten play – a 78-69 loss at Nebraska on Dec. 28th. While Iowa did have their nine-game Big Ten winning streak snapped, they do still own a 32-game home winning streak at Carver-Hawkeye dating back to Nebraska’s, 92-74, win in January of 2018. Tip-off between the Huskers and Hawkeyes is set for tonight 6:30.

The UNK basketball teams are in action tonight hosting the Central Oklahoma Bronchos. The 23rd ranked Loper women, who are riding an eight game winning streak, are set to tipoff at 5:30. The men’s game will follow at 7:30.

The 3rd ranked UNK wrestlers will join Kearney High for double dual at Kearney High School tonight. The Lopers will be taking on the Newman Jets, while the Bearcats take on Grand Island. The action begins tonight at 7:00.