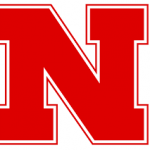 The Nebraska womens basketball team toppled Penn State, 75-58, last night at Pinnacle Bank Arena. Leigha Brown scored a game-high 20 points to lead four Huskers in double figures. The win snapped the Husker women’s four game losing streak… it was also the tenth straight loss for the Lady Lions. The Husker women travel to Evanston, Illinois Sunday to take on No. 19 Northwestern. Tip-off will be at 2:00 that afternoon.

The Husker men will be trying to snap their nine game losting streak when they host the Wisconsin Badgers tomorrow afternoon. Tipoff at Pinnacle Bank Arena is set for 1:15.

The Nebraska baseball team opens the Will Bolt era tonight with game one of a three-game series against the Baylor Bears in Waco, Texas. First pitch will be at 6:35. The Husker’s home opener is scheduled for Friday, March 6th against Columbia at Hawks Field.

The Nebraska softball team will be in Atlanta this afternoon for a Big Ten/ACC Challenge matchup with Georgia Tech. First pitch will be at 3:00.

Nebraska announced several additions to their future football schedules on Thursday. Highlighting that list is a home-and-home series with long-time Big Eight and Big 12 foe Oklahoma State. The Cowboys will travel to Memorial Stadium on Sept. 16th, 2034, with the Huskers traveling to Stillwater on Sept. 15th, 2035. In addition to the home-and-home series with Oklahoma State, Nebraska also announced a date change for a future game with South Dakota State, two newly scheduled games with UTEP and single games against Louisiana-Monroe and Ohio.

In other Husker football related news; ESPN’s Bill Connelly has Nebaska at No. 25 in his preseason SP+ rankings. Visit www.HUSKERMAX.com for more.

The UNK basketball teams were in Jefferson City, Missouri for games against Lincoln University. The Loper men were edged by the Blue Tigers 64-61. The 22nd ranked UNK women earned their 11th-sttraight victory, winning 60-52. The Loper basketball teams are at Central Missouri tomorrow. The women will tipoff at 1:00, the men at 3:00.

The 3rd-ranked UNK wrestlers closed out their regular season with a 34-11 win over 22nd-ranked Fort Hays State last night in Kansas. Up next for the Lopers, the NCAA Super Region IV Championships February 29th at the Health & Sports Center.

The UNK softball team returns to the Lone Star state this weekend for the 2-day Midwestern State Invite in Wichita Falls, Texas.

The Tri-Storm return to the ice after an extended break with a pair of games against the Madison Capitols this weekend in Wisconsin. They return home next weekend, hosting I-80 rivals the Omaha Lancers.