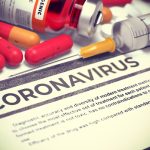 There are now 61 cases of COVID-19 in the State, according to the Nebraska Department of Health and Human Services. More than 1,300 have tested negative.

There have been more than 425,000 global cases reported with about 19,000 deaths, according to Johns Hopkins University. The US has reported more than 55,000 cases, third most behind China and Italy, and more than 800 deaths as expanded testing results pour in. Nearly 110,000 around the world have recovered.

Hospitals say do not go to the emergency room unless you’re having trouble breathing.

It’s recommended that gatherings be kept to 10 people or less.

Ricketts: Nebraskans coming from risky areas should isolate
LINCOLN, Neb. (AP) – Gov. Pete Ricketts is urging Nebraska residents to quarantine themselves for at least two weeks if they’ve recently traveled anyplace that has seen a big outbreak of the new coronavirus, including major U.S. cities. Ricketts is issuing the new precaution as state officials try to keep the virus from spreading, but he says he won’t order any tougher restrictions than those already in place. He says residents should quarantine themselves for 14 days after returning home from a hard-hit foreign country or cities such as Denver and Kansas City, which have issued stay-at-home orders.

Nebraska lawmakers advance emergency funding bill for virus
LINCOLN, Neb. (AP) – Nebraska lawmakers have advanced an $83.6 million emergency funding package to help fight the new coronavirus as Gov. Pete Ricketts sought to assure the public that the state is “well ahead of the curve” compared to others in its response to the global pandemic. The new funding bill sailed through a key procedural vote in the Legislature with no lawmakers dissenting. The package includes millions of dollars for personal protective equipment for local governments, lab testing at the University of Nebraska Medical Center and an ultraviolet light box that would disinfect old face masks so health officials could reuse them.

Warren Buffett makes cartoon ad about proper hand washing
OMAHA, Neb. (AP) – Billionaire Warren Buffett is appearing in an animated ad about proper hand-washing techniques to help educate kids during the coronavirus outbreak. The new pubic service announcement is tied to “The Secret Millionaire’s Club” cartoon that features advice from an animated version of the billionaire investor. Buffett lent his voice to the ad that touts the benefits of washing hands for at least 20 seconds like public health experts recommend. Genius Brands, which produces the cartoon featuring Berkshire Hathaway’s chairman and CEO, is distributing the ad. It also produced another hand-washing ad voiced by actress Jennifer Garner from its “Llama Llama” series.