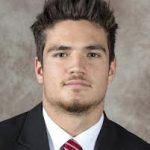 Former Nebraska quarterback Noah Vedral is staying in the Big Ten. The Nebraska native announced his transfer destination Wednesday… Rutgers. He is the final member of the Scarlet Knights 2020 recruiting class. Vedral played two seasons at Nebraska after transferring back to his home state from UCF. He appeared in six games last season serving as the Huskers primary backup quarterback and made two starts in place of the injured Adrian Martinez. He also came off the bench to lead Nebraska to a win against Northwestern. A graduate transfer, he has two years of eligibility remaining and is immediately eligible to play this upcoming season.