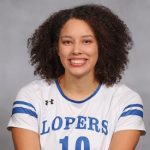 Former Nebraska quarterback Noah Vedral is staying in the Big Ten. The Nebraska native announced his transfer destination Wednesday… Rutgers. He is the final member of the Scarlet Knights 2020 recruiting class. Vedral played two seasons at Nebraska after transferring back to his home state from UCF. He appeared in six games last season serving as the Huskers primary backup quarterback and made two starts in place of the injured Adrian Martinez. He also came off the bench to lead Nebraska to a win against Northwestern. A graduate transfer, he has two years of eligibility remaining and is immediately eligible to play this upcoming season. By the way, the Huskers are slated to face the Scarlet Knights in Piscataway, New Jersey October 24th.

Nebraska middle distance runner Brent Wetovick was named the Big Ten Men’s Indoor Freshman of the Year on Tuesday after a vote by the league’s head coaches. A native of Fullerton, Neb., he won the Big Ten indoor title in the 600 meters with a personal-best time of 1:16.81, the 4th fastest time in school history. This is the second consecutive year a Nebraska athlete has won the award, with Husker high jumper Mayson Conner earning the honor last season.

University of Nebraska men’s basketball assistant Matt Abdelmassih was recognized by ESPN as one of the top young coaches in the country, as the website unveiled its “40 Under 40” list on Wednesday. Abdelmassih is No. 22 on the list, which includes head coaches and assistant coaches.

The Creighton men’s basketball team will play at Kansas on Dec. 3rd as part of the Big East-Big 12 Battle. Though the matchup was reported last month, the official date was announced Wednesday.
The Big East had an 8-2 edge over the Big 12 in 2019, the first year of the challenge. Creighton claimed a share of the Big East regular-season title for the first time in program history last season, finishing 24-7 with a 13-5 record in conference play. The Jayhawks finished 28-3 last year and won the Big 12 regular-season title with a 17-1 record. Creighton is 6-9 all time against Kansas, with the most recent matchup March 14, 1974 — a 55-54 win for the Jayhawks.

The NCAA on Wednesday announced that they have extended indefinitely the deadline for college basketball players to withdraw from the NBA draft and retain their college eligibility. The deadline was June 3rd, but Dan Gavitt, the NCAA’s senior vice president of basketball, said in a statement that it will be extended “with the health and well-being of our student-athletes in mind, along with their ability to make an informed decision.” He added that a new withdrawal date will be set once the league determines a timeline for the 2020 pre-draft process. The NBA draft is set for June 25th.

College athletics’ governing body on Wednesday also approved an extension of an existing ban on all in-person recruiting activities through June 30th, lengthening the temporary stoppage by a month… and they announced that incoming 2020 recruits will be allowed to take part in virtual team activities once their high school or transfer requirements are satisfied.