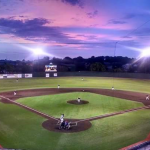 A University of Nebraska football player tested positive for the COVID-19 virus. The diagnosis was confirmed by athletic director Bill Moos during an interview Friday with the website Husker247. Moos said, “The individual who did test positive was put into isolation.” He added, “Anyone who was involved with that student – that would be those who conducted the test, the trainers, a football operations person, for example, were quarantined and tested after 48 hours.” Moos said earlier this week the Huskers have a strict protocol for their athletes that has even been copied by peer institutions in the conference.

Shawn Hardy, a three-star wide receiver from Georgia, announced his commitment to the Huskers Friday. The 6-foot-3, 190-pound Hardy chose the Huskers over an offer list that included Mississippi State, Arkansas, South Carolina, West Virginia, Georgia Tech, UCF, Auburn, Kentucky and Tennessee. Hardy is the 8th player, and the first wideout, in the Huskers 2021 recruiting class.

Tight end Jared Bubak is returning home to walk on with the Huskers as a graduate transfer from Arizona State. He had once been committed to the Huskers five years ago, before deciding to attend Arizona State on scholarship. The 6-foot-5, 242-pound Lincoln East grad plans to begin voluntary workouts with the team today.

Freshman safety Henry Gray entered his name in the NCAA transfer portal Friday. Gray tweeted he was leaving Nebraska because of an “unanticipated family situation.” A member of the Huskers’ 2020 recruiting class, the Miami native was an early enrollee back in January. Gray is the fourth Husker scholarship player since March 2nd that has either entered the transfer portal or medically retired from football.

The Kearney Legion baseball program will begin holding tryouts today. During a Zoom meeting last week Runza Seniors head coach Brad Archer said 64 players have preregistered, a comparable number to the past few years. As in previous years, the Legion program will be fielding four teams. The Runza Seniors schedule includes 36-games with home-and-home doubleheaders against the Cornhusker League West Division foes — North Platte, Hastings, Grand Island Home Federal, Norfolk and Columbus. The Post 52 Juniors are planning to play 40-games. The Jersey’s Seniors and Five Points Juniors schedule has not been finalized. The Kearney Legion baseball season will begin June 18th and end July 31st. Due to current restrictions attendance at games at Kearney’s Memorial Field will be limited to immediate family members.

Creighton Athletic Director Bruce Rasmussen says there are no immediate plans to bring Bluejay athletes back on campus. The Omaha campus remains closed due to the Coronavirus pandemic.

Pitcher Lindsey Walljasper is leaving the Husker softball team. Wallijasper, who made 29 starts in nearly 1½ seasons at Nebraska, will transfer to play at Charlotte.

Nebraska Game and Parks has canceled all Community Fishing Nights this summer. The events are designed to introduce or reintroduce people to fishing. Information and resources can now be found at Outdoornebraska.gov/fishing.