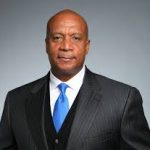 Big Ten commissioner Kevin Warren has created the Big Ten Anti-Hate and Anti-Racism Coalition. In an open letter, he expressed his hopes for change and growth in response to the killing of George Floyd in Minnesota. Warren is inviting student-athletes, coaches, athletic directors, chancellors, presidents and others to join. Warren says the coalition will begin teaming up with already existing diversity councils on campuses to help push for positive change.

Former Hastings High pitcher Sam Wibbels is entering the transfer portal and leaving the University of Kentucky. Wibbels signed with the Wildcats last season but did not appear in a game. His tranfer destination is still undecided. Selected by the Washington Nationals in the 36th round of last years MLB Draft, Wibbels will be playing for the Hastings Sodbusters this summer.