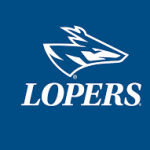 During a Zoom interview with the media Tuesday, Husker head coach Scott Frost said that they have followed all the protocols that have been put in place during the coronavirus pandemic. Frost said his players did not have to sign a waiver or a pledge acknowledging the risk or promising to follow those guidelines. None of NU’s workouts at the moment are mandatory, and newcomers to the program — those who hadn’t enrolled prior to the summer — are still not able to lift and work out. Frost said they are looking for guidance from the NCAA football oversight committee on when they might be able to do so.

The NCAA is set to approve a preseason calendar today that will allow college football teams to prepare for the upcoming season. Coach Frost said he is interested in the two-week “mini-camp” period – proposed to be between July 24-Aug. 6 — that will allow teams to work with players for 20 hours a week and go through some limited walk-throughs. Frost says that two week period might help the Huskers get back some of the work they missed when 13 spring practices were cancelled.

There are no Huskers on Athlon’s first and second-team preseason All-Big Ten squads, but seven players are on the third or fourth-teams. Wan’Dale Robinson, Brenden Jaimes and Dicaprio Bootle earned third team honors. Adrian Martinez, Dedrick Mills, Ben Stille and Cam Taylor-Britt were named to the fourth team. Ohio State led the way with 15 total selections.

Oversight committees for both men’s and women’s college basketball finalized recommendations Tuesday for workouts to be conducted in July and August. Voluntary workouts, which are currently happening in Lincoln, are only sanctioned until the end of June. If approved by the NCAA Division I Council players would be allowed to participate in voluntary virtual nonphysical activities, enhanced in-person nonphysical activities, weight training and conditioning from July 1-19. Teams could begin on-court practices July 20th. Preseason practices can begin 42 days before the first regular-season game, which for Nebraska is Nov. 10th. The men will host Cleveland State that day while the women will be on the road at Missouri.

All but three scholarship players on the Nebraska men’s basketball team are on campus, and are taking part in limited workouts. Head coach Fred Hoiberg says most of the team moved to Lincoln the weekend of June 6th. The three players unable to make it to Lincoln yet are sophomore Yvan Ouedraogo, senior Thorir Thorbjarnarson and incoming sophomore Kobe King.

Creighton baseball recruit Brett Rodriguez has signed a free agent deal with Seattle Mariners. The right-handed infielder ranked second in the Southern Conference in stolen bases in 2018 and 2019. He was eligible to play one more year of college ball, and Rodriguez was one of five roster adds made by Creighton this offseason.