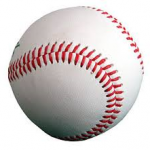 Millard West infielder Max Anderson will join Nebraska baseball team. Anderson, a high school senior, committed to Texas A&M in 2018 and signed with the Aggies in November. In a tweet, he wrote that he would no longer be attending Texas A&M. Anderson was recently named Nebraska Gatorade Player of the Year.

Norris pitcher/outfielder CJ Hood has committed to Nebraska. He is the sixth-known in-state recruit to join the Huskers’ 2021 class.

Defensive back Darius Moore has will be joining the Huskers as a walk-on. Moore, who spent the las two seasons at Iowa Western Community College, has three years to complete two seasons of eligibility.

Iowa Athletics announced it is halting football ticket sales at the end of June. The move allows the program to wait for capacity clarity, though Iowa athletic director Gary Barta has been saying that he was preparing for for capacity crowds.