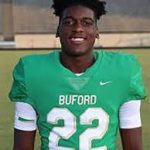 Gabe Ervin, a three-star running back from Georgia, has announced his commitment to the Huskers. The 6-foot-1, 205-pound running back had 24 offers to his name and picked the Huskers over the likes of Arizona State, Duke, Georgia, Michigan State, Arkansas, Colorado, Florida State, Iowa, Louisville, Miami, Ole Miss and several others. Ervin becomes the 10th known verbal commit for Nebraska’s 2021 recruiting class.

Former Husker running back Maurice Washington has been located by Lincoln police after a missing person report was filed late last week. An out-of-state family member reported Washington missing Friday. A UNL official said that although Washington still appears in the school’s online directory, he has not been enrolled in classes since the fall 2019 semester.

Former Huskers Kiki Stokes and Taylor Edwards have left the Scrap Yard Dawgs’ professional softball team after the franchise posted a controversial tweet Monday evening. The team’s Twitter account tweeted a picture of the entire team standing for the national anthem prior to Monday’s game against the USSA Pride near Houston. The tweet — posted by the team’s general manager, according to reports — suggested that the players were making an anti-kneeling political statement.

TD Ameritrade Park in Omaha has unveiled a new interactive touch screen at the base of the steps leading up to Gate 1, just a few feet away from the picture-friendly Road to Omaha sculpture. The 65-inch video board has more than 1,000 display pages of information about the ballpark and the CWS.

Starting July 1st Nebraska High school sports programs can practice without restrictions. What teams did last summer is legal according to NSAA Executive Director Jay Bellar. NSAA schools may sponsor camps and clinics, conduct a conditioning program, have open gym and have teams participate in summer leagues from July 1st through July 31st.