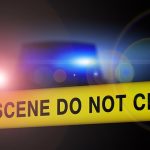 OMAHA, Neb. (AP) – A 15-year-old who was arrested in a deadly Nebraska shooting has been charged with manslaughter.

The Omaha World-Herald reports that Omaha police announced in a news release Friday that prosecutors had filed the new charge in juvenile court.

The 15-year-old was originally booked into the Douglas County Youth Center on suspicion of second-degree felony assault in the June 10 shooting of 20-year-old Jonathan Baltimore. He died from his injuries on June 13.