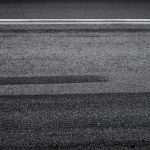 OMAHA, Neb. (AP) – An Omaha woman who is accused of causing a fatal crash that killed two people last week has been arrested on suspicion of manslaughter.

Twenty-eight-year-old Chinyere Nwuju was arrested Saturday after she was released from a hospital.

Police said Nwuju was speeding southbound in a sport utility vehicle when she ran a red light in northwestern Omaha and hit a pickup truck around 9 p.m. Wednesday. The force of the collision split the pickup in half and killed Roberto Gonzalez, 58, and Annette North, 56, who were both from Omaha.