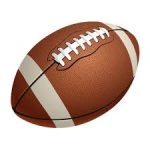 There hasn’t been an NCAA Football video game since 2014. The franchise ended when former college players, including former Husker quarterback Sam Keller, sued the NCAA and EA Sports for improper use of their likenesses. In the end, the players ended up getting checks. According to ESPN the median payout was about $1,000. But 10 college programs will be playable as part of Madden 21, and Nebraska is one of them. As part of the game’s “Face of the Franchise” career mode, you can take a player from his high school days all the way to the pros. Along with the Huskers, the other programs are Michigan State, Clemson, Florida, LSU, Miami, Oklahoma, Oregon, Texas and USC. Madden 21 will be released on Microsoft Windows, PlayStation 4, and Xbox One on Aug. 28th.

Creighton Athletics will face a new conference opponent that is not new to the conference. The Big East officially welcomed UConn back yesterday. The Huskies were one of the original members of the league but left in 2009 for the American Athletic Conference. The Jays joined the Big East in 2013.