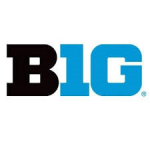 The Big Ten is moving to a conference-only schedule for all fall sports, including football and volleyball. The Big Ten is the first Power-5 conference to drastically change its season due to the coronavirus outbreak. For the Nebraska football team, this means the cancellation of non-conference home games against Central Michigan, South Dakota State, and Cincinnati. It’s not yet clear what Nebraska’s football schedule will look like this fall. The Big Ten’s decision also means the Husker volleyball team will no longer be able to play nonconference matches against teams in its surrounding area as planned, including Creighton. The Big Ten will determine at a later date how each sport will be affected by their decision, including changes in scheduling.

Multiple veteran Nebraska Athletic Department officials were among recent staff cuts in effort to trim the 2021 fiscal budget due to coronavirus. Among those were long time staffer and Associate athletic director for charitable relations Chris Anderson along with Senior Director of development for the athletic fund Chris Dobbs. Other departures came from HuskerVision, Ticketing, Events, and communications.

The 62nd Nebraska Shrine Bowl will be played tomorrow in Kearney. This will be the first football game played at the high school, college or pro level in the United States since the COVID-19 pandemic brought the sports world to a halt in mid-March. Kickoff at UNK’s Ron and Carol Cope Stadium is set for tomorrow afternoon at 2:00.

Former UNK wrestler and UFC Welterweight champion Kamaru Usman will face 2019 Fighter of the Year Jorge Masvidal in the main event at UFC 251 tomorrow night. The event will be held at Fight Island in Abu Dabi and can be watched on ESPN plus starting at 7 central.