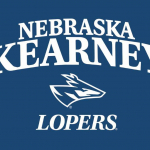 The University of Nebraska at Kearney is delaying the start of fall sports competition to Sept. 28th due to the coronavirus pandemic. UNK and Mid-America Intercollegiate Athletics Association officials announced the decision today. It was approved unanimously by chancellors and presidents of the conference’s 14 schools. Football, volleyball, cross country, women’s golf, women’s soccer and women’s tennis will all start about one month later than anticipated. Student-athletes at UNK and all MIAA schools will report for fall camp and begin practices Aug. 31st. Nine of the 23 conferences in NCAA Division II have canceled fall seasons.

Under the current plan:

UNK football will play seven games in the fall and open its season Oct. 3rd at home against Missouri Western. The Lopers first three previously-scheduled games – against Northwest Missouri State, Lincoln University and Central Missouri – will be moved and played in the spring.

The UNK volleyball team will open Oct. 2nd with a home match against Northwest Missouri State. The team’s five matches scheduled for September will be moved to the spring.

The Loper women’s soccer team opens Oct. 2nd at home against Newman University and will move its four games scheduled in September to the spring.

Schedules for women’s tennis, women’s golf and cross country are still being finalized.