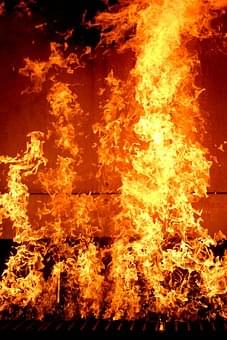 GRAND ISLAND, Neb. (AP) – Firefighters in south-central Nebraska say a woman has been injured in a Grand Island house fire. Battalion Chief Bryan Stutzman says firefighters were called to the house for a fire just after 6 a.m.

Tuesday, and arriving crews found the front of the home fully engulfed in flames. Stutzman says a woman who lived at the home was found lying in the front yard when crews arrived.

She was taken to a local hospital for treatment of undisclosed injuries. All four Grand Island station responded to the fire, which was left uninhabitable.

The cause of the fire is under investigation.