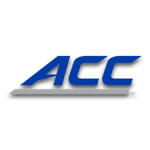 The Atlantic Coast Conference has announced an 11-game scheduling plan for the 2020 season. The ACC will begin play Sept. 12th with its 14 member teams, plus independent Notre Dame, playing a ten-game conference schedule. They will allow one non-conference game – that must be played in the home state of the ACC team scheduling it. The ACC will discard its divisions for one year and simply select the two top teams to play in its league title game.

Will the Big Ten be next to announce their revised football schedule? Big Ten football coaches are slated to meet today, but it’s unclear whether their schedules will be the topic of conversation.

Colorado State says it will pause football team activities after eight known positive tests for COVID-19. A full team test will be administered as early as next week, the university said Wednesday.

Kaden Helms from Bellevue West has become the fourth in-state player to get a Nebraska offer for 2022. Iowa State was the first school to extend an offer to the 6-foot-5, 210-pound athlete, but he’s been hearing from a few others like Kansas State, Notre Dame, Stanford and UNLV. He is projected as either a receiver or tight end. He is the fourth in-state player to earn an offer from the Huskers for the 2022 class, joining his team mate tightend Micah Riley, Omaha Central offensive lineman Deshawn Woods and Omaha Burke outside linebacker Devon Jackson.

The Nebraska women’s basketball team secured its first known commit for the 2022 class in Callin Hake, a junior-to-be from Minnesota. The 5-foot-9 guard averaged 22.2 points per game last season as a sophomore and 20.4 as a freshman.

NAIA fall championships for volleyball, men’s soccer and cross country have been postponed until the spring because of the coronavirus pandemic. The decision still allows NAIA conferences to compete in the fall and winter if they so choose. The GPAC plans for regular-season competition this fall. The timing of the football national championship will be determined on Friday.

Monday may not be the day the Omaha Public Schools announce plans for fall sports for their seven high schools. That uncertainty is adding to the challenge the Nebraska School Activities Association faces in trying to begin fall sports practices on time Aug. 10th. NSAA Executive Director Jay Bellar earlier this week said the Class A football season may have to be adjusted, and any football-related decisions could depend on how many Class A schools field teams. He said among the options for football, if changes are necessary, are playing only district games; making the first two weeks of games optional; taking all teams to the playoffs; or dropping the playoffs and using that four-week period to help teams complete their schedules.

Former Husker Nate Gerry has been placed on the Philadelphia Eagles COVID-19 Reserve list. The list was created for players that either test positive for COVID-19 or has been in close contact with an infected person or persons. Gerry is entering his 4th season with the Eagles and looks to be in their rotation at linebacker.