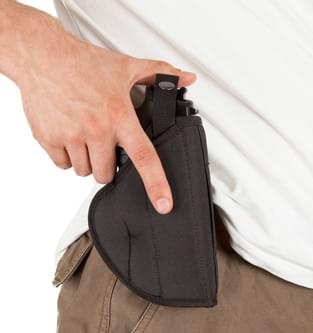 OMAHA, Neb. (AP) – A man who police say fled an Omaha traffic stop while carrying a gun suffered a minor injury when an officer shot at him, grazing the man’s ear.

Police say the incident happened Thursday evening in north Omaha, when an officer stopped a car, and neither the driver nor her passenger had identification.

Police say the officer called for backup to search the car after smelling marijuana. Police when a backup officer arrived, the passenger ran from the scene with his hand tucked close to his abdomen, and shots were fired.

Police say the passenger, 22-year-old Marcel Turner, was later found in a backyard and arrested. Police say he later admitted that a gun found near him was his.