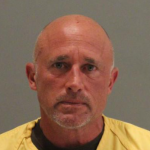 OMAHA, Neb. (AP) – A former suburban Omaha police officer has been charged in the 2018 shooting death of his girlfriend in which he claimed she shot herself.

The Omaha World-Herald reports that 54-year-old Craig Wiech turned himself in Tuesday on a warrant charging him with tampering with physical evidence in the Aug. 26, 2018, death of 48-year-old Carrie Brown.

Investigators say physical evidence indicates that Brown’s body had been moved and manipulated after she was shot but before police arrived at the couple’s Bellevue home.

Wiech had been a Bellevue police officer at the time of the shooting. He was placed on administrative leave until he resigned in February 2019.