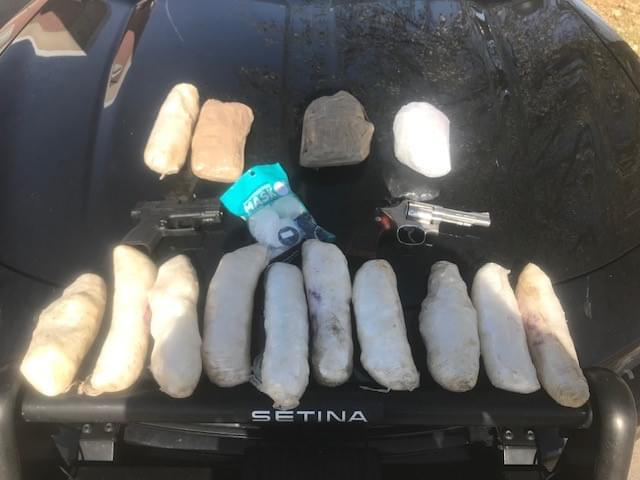 At approximately 8:40 a.m., Thursday, November 5, a trooper arrested two people after locating 14 pounds of methamphetamine and two handguns during a traffic stop on I-80 near mile marker 321. NSP quickly involved the Drug Enforcement Agency (DEA) as the investigation grew to include multiple states.

The following week, on Saturday, November 14, a Hamilton County employee reported that a subject had come to her home, offered her money to release the prisoners from jail, and threatened her. The three suspects then reportedly left the scene. Aurora Police Officers located the subjects and took all three into custody. Brayant Espinoza, 20, was arrested for bribery, conspiracy to commit a felony, aiding and abetting the consummation of a felony, permitting or facilitating an escape, and making terroristic threats.

Two additional subjects, Olivia Hernandez, 19, and Anderson Capellan Toribio, 21, were arrested for aiding and abetting terroristic threats. All three were lodged in Hamilton County Jail. The Hamilton County employee’s identity, job, and home address are not being released for safety reasons.

The two suspects arrested in the traffic stop on November 5 were transferred to jail facilities in different counties.