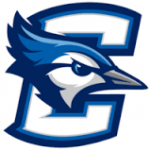 The Creighton men’s basketball team has jumped four spots in the latest AP Top-25 Poll, moving up from #11 to #7. That matches their highest ranking in school history. The Creighton men will host Seton Hall Wednesday night at 8:00. Undefeated Gonzaga and Baylor sit atop the AP Poll, followed by Villanova, Texas and Iowa. The Kansas Jayhawks are just outside the top five at #6. Other Big Ten teams joining Iowa in the Top-25 include; Wisconsin at #8, Michigan is 10th, Illinois is 12th, Rutgers is 15th, Minnesota is 16th and Michigan State is tied for 24th.

The Nebraska men’s basketball team’s game tonight at Purdue has been postponed. The decision to postpone was made due to health and safety concerns. The two schools will work with the Big Ten Conference to reschedule the game at a later date. The Husker men will now try to snap their four game losing streak this Sunday when they host Indiana.

Coach Fred Hoiberg will have someone new available when the Huskers take the court Sunday… Derrick Walker. The 6-foot-8 junior forward from Kansas City, sat out the 2019-20 season after transferring and missed the Huskers’ first 11 games this season following an NCAA suspension that dated back to his time at the University of Tennessee.

Nebraska’s Sam Haiby was the named the College Sports Madness Big Ten Conference Women’s Basketball Player of the Week after leading the Huskers to a pair of upset wins over No. 15 Northwestern and Rutgers last week. The 5-9 junior guard was also recognized by the conference Monday with her selection to the Big Ten Women’s Basketball Weekly Honor Roll for the second time this season and the fourth time in her career. The Nebraska women’s basketball team will be looking for their third straight Big Ten win Thursday with a game at Michigan. Tipoff will be at 5:00.

The NCAA will host its entire postseason men’s basketball tournament in Indianapolis and surrounding areas with a bubble-like format. All 68 teams will play most of the games at multiple venues in Indianapolis, with some games in Bloomington and West Lafayette. The bulk of the teams will stay in hotels connected to the Indiana Convention Center, which will be used as a practice facility. Selection Sunday is still scheduled for March 14, and the Final Four is set to be held April 3 and 5 at Lucas Oil Stadium in Indianapolis.

Nebraska defensive back Cam Taylor-Britt is returning for the 2021 season. The senior-to-be cornerback announced his plans with a video post on Twitter Monday afternoon. He’s a two-year starter for the Huskers who’s earned All-Conference honors in 2019 and 2020. As a junior, Taylor-Britt recorded 28 tackles, four pass break-ups, and two interceptions.

Former Kearney High running back Miko Maessner is leaving Princeton, and is tranfering to UNK. Maessner entered his name into the NCAA transfer portal last week. He has all of his eligibility remaining as Princeton did not have a 2020 football season due to COVID-19 concerns. Maessner rushed for 2,572 yards in three seasons at Kearney High and carried it for 1,162 as a senior, scoring half of his 28 career rushing touchdowns in his final season with the Bearcats.
Also a standout in track and field athlete, Maessner won the Class A titles in the 100 and 200 meter dash at the state track meet in 2019.