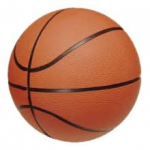 The 7th ranked Creighton Bluejays rolled Seton Hall 89-53 last night at the CHI Health Center in Omaha. It’s the fifth straight win for the Jays, who continue at home Saturday with a game against St. John’s. Tipoff will be at 11:00 a.m.

The Nebraska women’s basketball team will be looking for a third straight Big Ten win tonight with a game at Michigan. They are the third team ranked in the top-15 that the Huskers have faced in the last three weeks as the Wolverines are ranked 14th in the Coaches Poll and 15th in the AP Top-25. The Husker women and Wolverines tipoff tonight 5:00.

LSU has hired former Husker Jake Peetz as offensive coordinator. Peetz coached the Carolina Panther’s running backs in 2019. The former Nebraska defensive back also coached quarterbacks for the Las Vegas Raiders and Jacksonville Jaguars, and running backs with the Washington Football Team. He also was an analyst at Alabama in 2013 and 2018.

Husker redshirt freshman offensive lineman Matthew Anderson has entered the transfer portal. The 6-foot-6, 255 pound Anderson did not see any action in either 2019 or 2020. Anderson is the Huskers third scholarship player to enter the portal since the 2020 season ended, joining senior offensive lineman Boe Wilson and junior defensive lineman Keem Green.

The UNK volleyball team is ranked number one in the American Volleyball Coaches Association (AVCA) Division II preseason coaches’ poll. The poll is voted upon by head coaches from Division II’s eight regions. This marks UNK’s 26th week ranked number one and 349th time in the poll. The Lopers went 38-1 last year to finish the year ranked second. Central Region rival Concordia-St. Paul is second with 2019 national champion Cal State San Bernardino third. Other MIAA teams ranked include Washburn (No. 5), Central Missouri (No. 11), and Northwest Missouri State (No. 25). ​UNK’s “2020” season will run from the end of February until the end of April. That schedule will be released soon and include roughly 20 dates. There will be no NCAA Division II Tournament this season. The next poll will be released on January 26 and then each Tuesday after that through April 20.

The UNK basketball teams will see their first action in 2021 tonight with games against the Lincoln University Blue Tigers in Jefferson City, Missouri. The Lopers will continue on the road with games against Central Missouri in Warrensburg Saturday. Their next home games are Thursday, Jan 14th against Missouri Western State. The 2nd ranked UNK wrestling team is slated to begin 2021 at Iowa State this Sunday.

The Hastings College basketball teams were upended by Briar Cliff University last night at Lynn Farrell Arena. The men were topped by the Chargers 104-75. The Lady Broncos fell by a score of 78-70. Both teams will face nationally ranked Morningside this Saturday in Sioux City, Iowa.

The Tri-City Storm lost to the Lincoln Stars 3-2 in a shootout last night at the Ice Box. The Storm will return home this weekend for a pair of games against the Sioux City Musketeers.

Effective Friday, January 8, 2021
Home and visitor teams will be allowed six family members per student-athlete and coach. Cheerleaders and DanceCatz will be allowed to attend athletic events and will wear face coverings when they are not performing. Cheerleaders will wear face coverings when performing within 10 feet of spectators. Cheer and Dance participants will be limited to six family members. The KHS rhythm section of the band will be allowed at games. This includes percussion, guitar, and keyboard. Band parents are not afforded entry at this time.

Effective Thursday, January 14, 2021.
The Rowdie section will allow up to 65 students. The students will be selected by a lottery system developed by the KHS Activities Department and must remain masked while in attendance. Concessions will not be allowed in the student section, and temperature checks will be conducted. KPS employees and their spouses may attend events and sit in designated seating areas.

For Performing Arts events in the KHS Concert Hall & Theater, four family members will be allowed to attend the scheduled events due to the limited seating capacity. Masks are required.