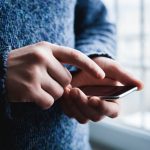 LINCOLN, Neb. (AP) — A spokeswoman for Nebraska Attorney General Doug Peterson says he did not have advanced knowledge of robocalls urging supporters of President Donald Trump to descend on the U.S. Capitol last week.

The calls were reportedly issued by a Republican group to which Peterson belongs.

The Omaha World-Herald reports that Suzanne Gage, spokeswoman for Peterson’s office, said he first became aware of the calls made by the fundraising arm of the Republican Attorneys General Association on Thursday. Peterson is a member of the association.

State Sen. Megan Hunt, of Omaha, is now asking for information about Peterson’s membership in the group and whether public funds were used to help pay for the robocalls.

Gage says no state funds are used for Peterson’s membership in the group.