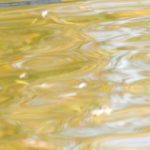 ST. JOSEPH, Mo. (AP) — Flooding has been a consistent concern in the St. Joseph area, but this year, leaders of the community have the opposite worry — the unusually low level of the Missouri River.

The St. Joseph News-Press reports that Buchanan County commissioners have sent a letter to U.S. Rep. Sam Graves raising worries about the river level, which was just about 3 feet on Monday.

It was just two years ago that record flooding along the Missouri River swamped parts of northwestern Missouri, southwestern Iowa, northeastern Kansas and southeastern Nebraska.

But in recent months, shipments through the St. Joseph Port Authority have been grounded by low water.