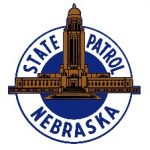 LINCOLN, Neb. (NSP) – The Lancaster County Sheriff’s Office is investigating an officer-involved shooting that involved both the Nebraska State Patrol and the Lincoln Police Department.

The incident began on Saturday, February 20, 2021, at approximately 8:39 a.m., when Lincoln police officers responded to a report of a robbery at a northwest Lincoln hotel.  The victim provided a detailed description of the robbery suspects and their vehicle, a Chevrolet Trailblazer.  As the victim was being interviewed by Lincoln police officers, he was alerted that his credit card was attempting to be used at multiple businesses in north Lincoln.

Shortly thereafter, a Nebraska State Trooper located the suspect vehicle near North 56th Street and Superior Street.  The trooper attempted a traffic stop, but the vehicle fled westbound on Superior. The trooper pursued the vehicle.  During the pursuit, a male suspect began shooting from the moving vehicle at the trooper.

The trooper performed an intervention technique to bring the vehicle to a stop underneath the Interstate 80 overpass near North 56th Street.  At this time, the original trooper was assisted by another trooper and a Lincoln police officer.  During an exchange of gunfire, the male suspect was shot.  The female suspect also produced a gun and disobeyed officers’ commands.  The female suspect was also shot.

Officers on the scene provided medical aid to both suspects, who were then transported to a local hospital by Lincoln Fire and Rescue.  As of 4:00 p.m., the male suspect remains in intensive care with life-threatening injuries.  The female suspect underwent surgery, but ultimately succumbed to her injuries.

A trooper was also transported to a local hospital with non-life-threatening injuries suffered during a collision between his patrol vehicle and the suspect vehicle.  The trooper has since been treated and released from the hospital.

The Lancaster County Sheriff’s Office, including the joint Force Investigation Team and Crime Scene Investigators, is conducting the ongoing investigation into this incident.