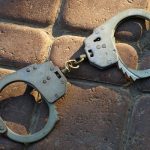 RAPID CITY, S.D. (AP) — A man wanted for a homicide in South Dakota has turned himself in at a police station in Nebraska.

Thirty-eight-year-old Phillip Pond was transferred to South Dakota earlier his week and made an initial appearance in federal court in Rapid City.

Pond is accused of shooting 40-year-old Justin Little Hawk in Pine Ridge on Nov. 22, 2020 after the two argued.

Little Hawk died the following month at a hospital in Colorado.

Chadron Acting Police Chief Rick Hickstein says Pond stopped by the station Feb. 15 to ask if there were any warrant out for his arrest since he had been told by others that his name was in the news.