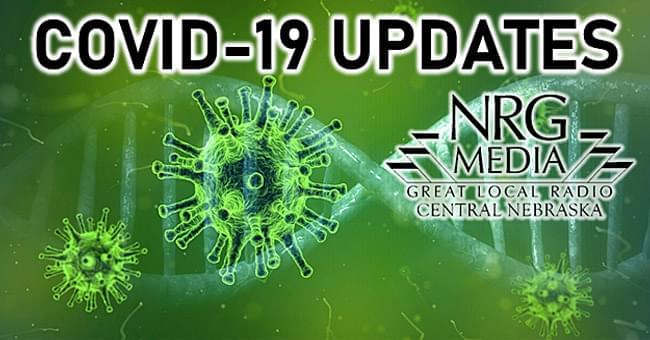 KEARNEY, Neb. (KGFW) – Nebraska’s vaccination effort has reached a milestone. 10% of residents 16 and up have completed vaccination.

Two Rivers is holding a mass vaccination clinic Friday from 10am to 5pm at the Viaero Center in Kearney. An appointment is necessary. Two Rivers expects to receive 800 doses of the newly approved Johnson & Johnson Vaccine this week.

154 Nebraska COVID hospitalizations were reported yesterday. 2,084 people have now died. A link to Nebraska’s coronavirus vaccine registration website can be found at KGFW.com.

OMAHA, Neb. (AP) — Nebraska health officials administered nearly 87,000 doses of coronavirus vaccines last week as the state worked to distribute more shots. The number of doses of the vaccines administered jumped to 86,737 last week from the previous week’s total of 52,731. State health officials said 436,474 doses of the vaccines have now been administered, and 10% of Nebraska’s population has now been fully vaccinated. The seven-day rolling average of daily new cases in Nebraska decreased over the past two weeks, from 500.29 new cases per day on Feb. 15 to 271.57 new cases per day on Monday.

LINCOLN, Neb. (AP) — The Biden administration’s plan to funnel more coronavirus aid into states with greater unemployment has irked governors with lower jobless rates, even though many have economies that weren’t hit as hard by the pandemic. The $1.9 trillion relief bill working its way through Congress allocates extra money to larger, mostly Democratic-run states with higher unemployment rates. Rural Midwestern and Southern states that tend to have Republican governors and better jobless numbers would benefit less. The White House is defending its distribution plan. It says the plan targets money to areas where it will have the biggest impact.