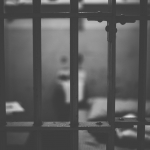 TECUMSEH, Neb. (AP) — Law enforcement and prosecutors are investigating after an inmate at the state prison in Tecumseh was attacked and repeatedly stabbed over the weekend.

The Lincoln Journal Star reports that the attack happened late Saturday morning in the prison’s outside yard, when two inmates cut and stabbed another inmate in his arms and torso.

Prison staff found two homemade weapons, and an investigation into the assault has begun.

Prison officials say the Johnson County Attorney will review the findings of the investigation to determine whether to pursue criminal charges.

Meanwhile, the Nebraska Department of Correctional Services will go through its disciplinary process to punish the attackers by such means as docking good-time privileges.