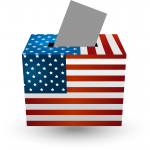 OMAHA, Neb. (AP) — Democrats are once again eyeing Nebraska’s 2nd Congressional District as a possible pickup in the next general election.

The Democratic Congressional Campaign Committee named the district as one of its 22 competitive House districts that are either open or held by Republicans. The Nebraska seat is currently occupied by three-term U.S. Rep. Don Bacon.

New York Rep. Sean Patrick Maloney, the committee’s chairman, says Democrats plan to protect their House majority by recruiting compelling candidates and empowering their campaigns with the resources needed to win in each of the 22 districts.